There is more to adapting a classic novel to the modern era. In theory, transferring the characters, narrative and setting from the original novel to a new novel sounds relatively easy. But the reality is that it is easier said than done.

Soniah Kamal’s new novel Unmarriageable: A Novel, was released last month. Based on Pride and Prejudice, the book is set in Pakistan. Alys and Jena Binat come from a family of five sisters. Both are in their early 30’s and neither are married, much to their mother’s chagrin. In their world, social status, connections and money play a role in where one lands on the social hierarchy. Once upon a time, the Binats were high up on the social hierarchy. But a family squabble has forced the Binats into the middle class.

At a wedding, the Binats are introduced to a pair of young men. Fahad “Bungles” Bengla takes an instant liking to Jena, while his best friend Valentine Darsee is quick to dismiss Alys. In response, she hates on him like her life depends on it. Will these two couples end up together?

I loved this book. It has the spirit of Jane Austen’s masterpiece, but it feels new and exciting. I appreciated that Ms. Kamal did not simply translate Pride and Prejudice from early 19th century England to modern-day Pakistan. She added new layers and expanded the characters in a way that did not feel like an utter destruction of the characters that Austen fans know and love. There is also an Easter egg in regards to Austen’s own life, but I will not tell you where it is in the novel. You will have to find it.

I absolutely recommend it.

Pardon Me, My Depression Has Spoken For me

There are some illnesses that are obvious via physical symptoms. The various forms of mental illness are very often referred to as invisible illness because symptoms are not always obvious to the naked eye.

I have lived with depression for years. It often speaks for me when I cannot. The problem is that when it speaks for me, it does not speak the truth. 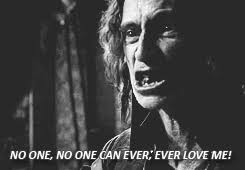 It speaks of my anxieties, my insecurities. It reveals that in spite of all I have worked for and achieved, I am still worth nothing. The people in my life are lying to me. I am worth nothing and the only place I should be is the grave.

If we have a conversation and my depression decides to speak for me, please pardon me. It is not me who is speaking, but one who has taken over my tongue and my thoughts. It is my depression.

Filed under Beauty and the Beast, Mental Health, Music, Once Upon A Time

Tagged as Beauty and The Beast, Depression, mental illness, Nobody Knows, Once Upon A Time, Pink, Rumplestiltskin

An online book of information, knowledge and news

Free up your thoughts

Visualizing And Creating A Happy Life

Lover of all things Life and Art.

The Power of Story

The World of Celebrity

What I think about films, TV and celebs!

Life Through A Lens

This hobby blog is dedicated to movie nerdom, nostalgia, and the occasional escape. In the late 90s, I worked at Blockbuster Video where they let me take home two free movies a day. I caught up on the classics and wrote movie reviews for Denver 'burbs newspapers and magazines. Today, I continue to revisit the old and discover the new on the screen. Comments and dialogue are highly encouraged. This year, I'm excited to collaborate with other writers via SLICETHELIFE, in which we will share our movie genre favorites in our 2021 Movie Draft!