The Sisters of Auschwitz: The True Story of Two Jewish Sisters’ Resistance in the Heart of Nazi Territory Book Review

When one nation or people invades another, the decision to join the resistance is not one to be taken lightly. Knowing that you are constantly at death’s door, it requires a certain kind of bravery that could also be deemed as foolishness.

The Sisters of Auschwitz: The True Story of Two Jewish Sisters’ Resistance in the Heart of Nazi Territory, by Rox­ane van Iperen, was published in August. The book tells the story of two Dutch Jewish sisters, Janny Brilleslijper and Lien Brilleslijper. Less than a year after the Nazi occupation of the Netherlands, the lives of the sisters, their family, and every other Jew in the country begins to change for the worst. They have two options. They can either stay where they are and wait for the other shoe to drop. The other choice is to go into hiding and hope that they will all be alive at the end of the war.

The solution is to go into hiding in the woods. Known as “The High Nest“, the property is a safe house for the family, artists, and other resistance fighters. Just as it seems that the Allies are on the verge of taking back Europe, they are betrayed and sent to Auschwitz. Forced onto the train with them is Anne Frank and her family. As the two sets of siblings try to survive, Janny and Lien connect with Anne and her older sister, Margot. Waiting for liberation will test the sisters in every way possible, forcing them to rely on each other and an inner strength that may be the only thing keeping them alive.

When we talk about resistance, the conversation frequently revolves around men. Women are not given their due or an opportunity to tell the story. Having never heard of Janny and Lien Brilleslijper, it was another reminder of how badass Jewish women are. My problem with the book is that I was not feeling the danger and the tension of the narrative. I should have felt the stress and anxiety of what the characters were going through. Ultimately, I didn’t, which is highly dissapointing.

Do I recommend it? Not really.

These days, depending on who you speak to, religious intermarriage is either just part of normal life or has a hand in breaking down the various faiths. But for as many opinions on this subject that exist, there is one thing that cannot be disputed: it is not a new idea.

The Convert, written by Stefan Hertmans and translated by David McKay, was published last year. In eleventh century France, an unlikely couple has fallen in love. He is David Todros, the son of a prominent Jewish Rabbi and a yeshiva student. She is Vigdis Adelaïs, the daughter of a high ranking Christian family. In spite of the obstacles of faith, family and everything around them that is telling them to back off, they decide to get married. Vigdis converts to Judaism, giving up the life she had before she met David.

She expects that she her father will do everything in his power to bring her home. What she does not expect is an anti-Semitic pogrom and a journey that will take her halfway around the world before she returns to Europe.

Based on the Cairo Genizah, a group of documents and scrolls dating back more than a thousand years, this book is part fact and part fiction. What I liked was that the format is different than other novels in this genre. As we follow the characters on their respect journey, we travel with the author as he goes on a similar journey to put the pieces of the puzzle together. He is able to walk the fine line of using the information that is known while adding historical details that make the period come alive.

What I appreciate is that Vigdis is not the helpless damsel in distress type. She has experiences that could easily kill her. But she survives and is able to make it through a world that others her as both a woman and a Jew.

Do I recommend it? Yes.

Today marks the 69th anniversary of the liberation of Auschwitz.

I write this post 69 years after the end of war, in America, far from the Europe that again slaughtered it’s Jews because they were Jews.

I am the descendant of Eastern European Jewish immigrants, who saw their future and the future of their family in America. Without their decision to leave Europe, I would not be sitting here today.  I am also related, through my great-grandparents to their relations who stayed in Europe and were part of the martyred Six Million.

These people were no different than you or I.

To borrow from William Shakespeare’s Merchant of Venice

“I am a Jew. Hath
not a Jew eyes? hath not a Jew hands, organs,
dimensions, senses, affections, passions? fed with
the same food, hurt with the same weapons, subject
to the same diseases, healed by the same means,
warmed and cooled by the same winter and summer, as
a Christian is? If you prick us, do we not bleed?
if you tickle us, do we not laugh? if you poison
us, do we not die? and if you wrong us, shall we not
revenge? If we are like you in the rest, we will
resemble you in that. If a Jew wrong a Christian,
what is his humility? Revenge. If a Christian
wrong a Jew, what should his sufferance be by
Christian example?”. 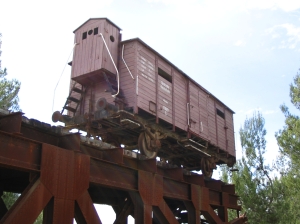 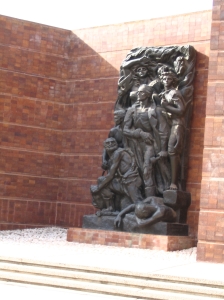 Reviews of movies new and old. Is something worth your time to watch?

Writing, Photography, and the life lessons I learned from Street Academy

The Reel Deel of films today.

Observations, Reports & Remarks From Out Of This World & Beyond

One Take News
Out of My Write Mind

The blog of Sandy J. White

A journal to highlight new, critical voices in the literary space.

Kirkham A Movie A Day

The Second Home of the Kirkham A Movie A Day Blog

Life in the Realm of Fantasy

Words, words, words... well said Hamlet! A little blog to go off on tangents within the worlds of history and literature that interest me. From the Tudors to Tom Hardy's Tess, or from the Wars of the Roses to Wuthering Heights, feel free to browse through my musings to pick up extra ideas and points for discussion!