Where is the Line Between Freedom of Speech and Incitement?

Freedom of speech is one of the core building blocks of the United States as a whole. But it is also equally simple and complicated. In simple terms, freedom of speech says that we do not have to fear either being jailed or killed for just speaking our minds. It gets complicated when it comes to hate speech and incitement. Yelling fire in a crowded movie theater theoretically, could go either way.

The backlash against the riot in Washington D.C. last Wednesday has been swift and furious. Once more, you know who is facing impeachment. He has been banned from most, if not all of the major social media companies. The website Parler, known to attract members of the conservative and alt-right movements, has been shut down entirely.

Is you know who to blame for last Wednesday? Without a doubt. It was his words that encouraged the near destruction of the Capitol Building. That being said, the blame does not entirely fall on him. The blame is on the social media companies. They have been making up their own rules for years, allowing extremists of all sorts to use their platforms to spread their lies and attract new members.

While freedom of speech is immutable, what is not immutable is the actions of the big tech companies. The ball is in their court. They can either proceed as if nothing has happened. Or, they can face up to their part in this mess and help to clean it up. The choice is theirs.

Dear Mark Zuckerberg: A Response To Allowing Holocaust Deniers To Stay On Facebook

But I also know that the internet and your creation, Facebook, allows hate speech and lies about The Holocaust to spread at a rate that is quite scary from my perspective.

I don’t know about your family history, but I lost family in The Holocaust. 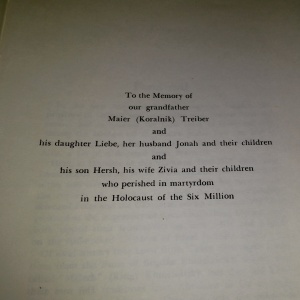 One of the reasons I am alive today is because members of my family took a chance when they left their homes and families for a new life in America in the early 20th century. I suspect your family at about this time in history did the same thing.

While I respect that Facebook is supposed to be a social media platform for all of us, a line has to be drawn when it comes to hate speech of any kind.

There should be no place for hate speech in this world in 2018. Unfortunately, Facebook allows hate speech to flourish.

All About Feminism
Feed Your Curious Mind
Eric Earling

Writer. Yogi. Leader. Athlete. I write to impact other people on their own journey.

Read it or Weep

In a Love World

LOVE can rule the world

People I talk to, places I go, things I see, things I eat. Other stuff too...

Hailing from Singapore & writing about cinema since 2007

all things library and life.. from a librarian

Unleashing the beauty of creativity

On writing and reading