Since the beginning of our species, humanity has evolved in ways that our ancestors could have never dreamed of. But there is one aspect that is unchanged: hate.

In Myanmar, the official policy against the Rohingya people, a Muslim minority has been discrimination and violence. On a recent episode of the WNYC show, The Takeaway, the subject was the brutal treatment of this specific group, which has escalated in the last five years.

The similarities to the Holocaust are too scary to not ignore.

While I was listening to this story, I could feel and hear the cries of the six million murdered. Their souls reach through time and space, asking why it is happening again. I wish I could answer them. But I cannot.

Maybe this time, the rest of the world will pick their head out of their asses and stop this madness. But knowing what has happened in the not too distant past, I highly doubt it will happen.

May the memories of everyone who has been killed by hate be a blessing. Z”L.

P.S. In the English city of Norwich, human remains were recently found in a well. Tests revealed that the victims (three of whom were young girls) were all murdered in a medieval pogrom simply because they were Jews.

After the Holocaust, the phrase “Never Again” was heard around the world. As usual, the words ring hollow.

This week, 11 Israelis were murdered in three separate attacks. The murderers claim to be a part of Hamas and ISIS. Adding salt to the wound was a protest in Brooklyn in which the participants cried out “Globalize the Intifada“.

I am so tired of this shit. When will the rest of the world wake up? Will it take another six million to make people care?

Or are we just Jews, who are only good when we are dead?

May the memories of those killed be a blessing. Z”L.

If there is one thing that has lasted throughout the history of humanity, it is the appalling way in which we treat our fellow humans.

After the Holocaust, the phrase “never again” echoed from the lips of the survivors.

Unfortunately, “never again” has become an empty statement over the decades.

In China, the Uighurs are a Muslim minority. According to reports, the Chinese government have been forced to leave their homes for “re-education camps”. A segment on Last Week Tonight with John Oliver released on Youtube on Monday revealed the harsh treatment that these people are experiencing.

Watching the segment immediately took me back to everything I know about the Holocaust. The details change, but the basic facts are the same: a minority or minorities are dehumanized and forced into a specific location/murdered/tortured because of who they are.

I had hoped that 75 years after the end of the Holocaust, we might have finally learned from the mistakes of past generations. But humans are still humans. We still hate and kill one another strictly based on a face value identity.

Maybe one day, we will finally treat each other with respect and dignity.

When we are hurt by someone, the question of whether we are able to forgive and forget often comes up once everything calms dawn.

In Hamburg, former Concentration Camp guard Bruno Dey was brought to trial as one of those responsible for the murders of innocents at the Stutthof concentration camp. His fate will be decided on Thursday.

Some might argue that he has age in his favor. At the age of 93, even if he is sent to jail, Mr. Dey’s proposed three prison sentence will be short. He was also a young man during World War II, perhaps unable to fully comprehend his assignment.

However, that does not give him a free pass to live out whatever years he has left on Earth. He is still, in his own small way responsible for the murders of the innocent people who died in front of him.

I have often spoken on this blog of my immigrant ancestors and their loved ones who were murdered just for being Jewish. As much as I would love to say that this case is black and white, it isn’t. There are too many factors involved to declare it to be easily won either way.

But there is one bright spot. If he can say “never again”, then perhaps the world has a chance of finally learning from the past.

After the Holocaust, many proclaimed “never again”. But the reality is that the phrase has become just words as humanity has proved that we have not learned from the Holocaust.

In 2002, former diplomat Samantha Power released her searing indictment of America’s attitude to massacres across the world in ‘‘A Problem from Hell”: America and the Age of Genocide. Re-released in 2013, the book covers various atrocities across the globe and how America reacted. She starts with the Armenian Genocide and ends with the war crimes in Kosovo in the late 90’s.

Going into great detail, she uses historical documents, first hand accounts and press clippings to tell the stories of the massacres and the innocent lives lost.

When I finally finished the book, I noticed several things.

I’ve always believed in the greatness of the United States. More than a century ago, this nation welcomed my forebears and allowed them to flourish. But I ‘m also completely aware of this nation’s flaws.

We can do better, we must do better. While we cannot go back and prevent the loss of innocent life, we can learn from our past. Otherwise, we will repeat it at some point.

Today is Holocaust Remembrance Today. Today is the day that remember the millions of innocent souls who were murdered because they did not fit in with the Nazi ideal.

This day is particularly personal for me. I am an Ashkenazi (Eastern European) Jew. Though my family has been in America for more than a century, they lived for many generations in Eastern Europe before immigrating to America in the early 20th century.

My mother’s grandparents came from Dobromil, a shtetl that in their time was in Poland. Today it is in the Ukraine. 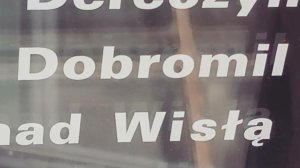 While we mourn the loss of millions of innocent lives, we are reminded every day that the Holocaust is not just another historical event. The sentiments and forces that led to the Holocaust have not disappeared into the ashes of history and under the cries of “Never Again”. Antisemitism is once again on the rise. A poll of 2000 people in the UK has revealed that one out of every five respondents believe that the Holocaust never happened and one in twelve respondents believe that the number of victims in inaccurate.

Today we say never again. Today we remember the millions of people, both Jewish and non-Jewish, who were murdered by the Nazis and the collaborators simply for being who they were.

The problem is that while we say never again, ethnic genocide is still happening across the world.

The Rohingya Muslims are a minority from Myanmar. Since last summer, nearly 700,000 Rohingya Muslim refugees escaped to Bangladesh. They were the lucky ones. Countless others were murdered for no other reason that being born a Rohingya Muslim.

It’s no secret that the war in Syria is responsible for the deaths of many innocent people. The gas attack last week in Douma left around 100 dead. The survivors, mostly women and children, scrambled to the local hospital to remove the chemicals from their bodies.

I guess that our lesson has yet to be learned.

Today is Holocaust Remembrance Day. Today, we remember the millions of victims were killed simply for who they were.

In the late 1970’s, one of my mother’s uncles added his grandfather, my great-great grandfather to the list of Holocaust victims at Yad Vashem.

While I will go about my business today, my heart will be breaking a little.

May the memory of those killed be a blessing and a reminder of what happens when we forget that the person next to us is first and foremost just another human being.

The Holocaust, like all massacres of an ethnic or religious minority did not start off with concentration camps and gas chambers. It started with words. It started with the dehumanization of Jews and other minorities. That led to political and social disenfranchisement, which directly led to the concentration camps and gas chambers.

Never again has become a hollow statement that often used, but rarely acted upon.

In Myanmar, the Rohingya Muslim minority is being massacred en masse by the government. Their only crime, like all of victims of ethnic cleansing, was being who they are.

Perhaps instead of never again, we should simply say again, because ethnic cleansing has happened multiple times since 1945 and we simply continue not to care.

Today we remember the 6 million Jewish souls whose lives were taken simply because they were Jewish.

There are so many angles that I can use to approach this post.

Today I want to talk about the possibilities that were lost.

The six million that were murdered, the possibilities of their lives were endless. But we will never know what directions their lives could have taken.

Especially the children. 1.5 million Jewish children were killed at the hands of the Nazis and their collaborators. An entire generation was lost before they truly had the chance the live. The children who did survive and grow to adulthood were forever changed. Imagine what these children who were murdered might have accomplished as adults. Imagine what their children and grandchildren and perhaps great-grandchildren would have accomplished as adults.  But we will never know.

Every year, we say never again. But sometimes it feels hollow, just another statement without action to back it up, especially considering that antisemitism is one more rearing its ugly head.

I’m going to say it again and perhaps it will stick with one person. I hope that is not too much to ask for.

May the memories of those murdered be a blessing to all of us, so we can remember how inhumane we can be to our fellow human being.